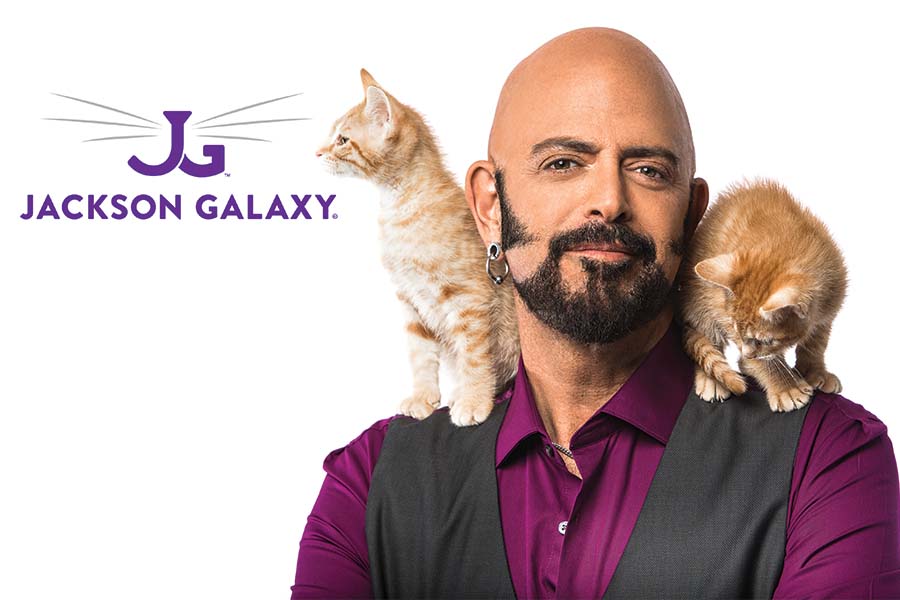 Just announced JACKSON GALAXY, popularly known as “The Cat Daddy”, will be at Rialto Square Theatre on Tuesday April 19, 2022 at 7:30 PM.

Jackson Galaxy is the host and executive producer of Animal Planet’s long running hit show “My Cat From Hell.” Jackson, an animal advocate and cat behavior and wellness expert, is also a two-time New York Times best-selling author with more than 25 years of experience working with cats and their guardians.

Long before Jackson was known as “The Cat Daddy,” the working musician found he had a unique ability to connect with cats when he took a job at a local animal shelter. After a decade of working with thousands of cats, he joined a private practice working with cat guardians and cats in their homes, which ultimately became the premise for “My Cat From Hell.”  An immediate hit, the show has been a broadcast staple for ten seasons and has become a global phenomenon, placing Jackson at the forefront of a worldwide obsession with all things feline.

Jackson has extensively detailed his work and life in his growing collection of authored books, including “Catify to Satisfy” and “Catification,” which both landed on the New York Times Best-Sellers List, and his latest book, “Total Cat Mojo,” a comprehensive guide to his approach on total cat wellness and eliminating behavioral problems by understanding cats and their instinctive behavior.

True to his goal of helping to save all animals, Jackson started the Jackson Galaxy Project in 2015, now a Signature Program of GreaterGood.org, which seeks to better the lives of at-risk animals by transforming the places they live and helping the people who care for them through life-saving JGP Programs and partnerships.

Jackson’s mission is to educate people about cats and deepen the human and cat bond, while reducing the number of animals that end up in shelters.