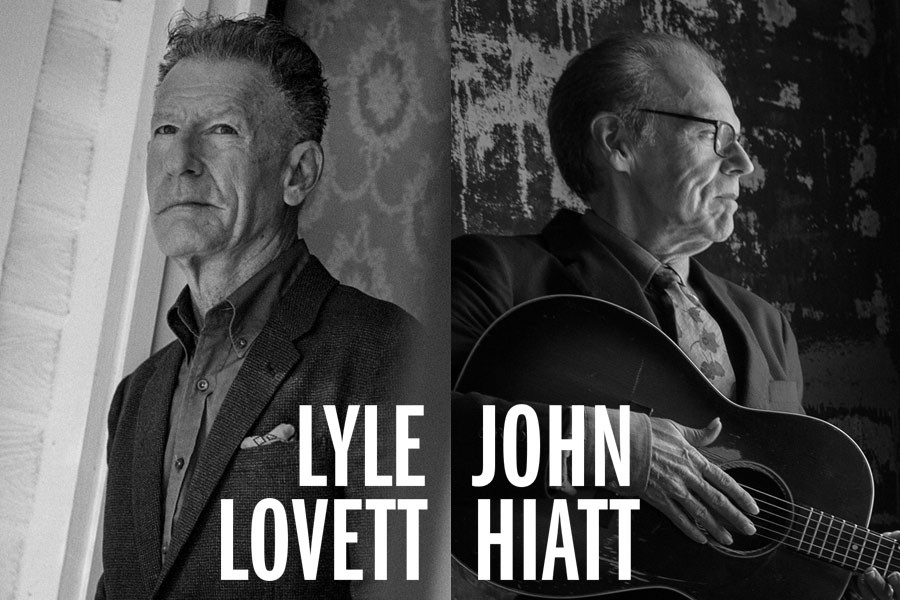 It was just announced that Lyle Lovett and John Hiatt will perform at Rialto Square Theatre on Thursday, October 13 at 8 PM.

A singer, composer and actor, Lyle Lovett has broadened the definition of American music in a career that spans 14 albums. Coupled with his gift for storytelling, the Texas-based musician fuses elements of country, swing, jazz, folk, gospel and blues in a convention-defying manner that breaks down barriers.

Lovett’s live performances show not only the breadth of this Texas legend’s deep talents, but also the diversity of his influences, making him one of the most compelling and captivating musicians in popular music. His works, rich and eclectic, are some of the most beloved of any artist working today.

A master lyricist and satirical storyteller, John Hiatt delivers songs filled with tales of redemption, relationships and surrendering on his own terms. Hiatt’s finest album is 1987’s Bring the Family; other catalog highlights include the pop and rock of 1983’s Riding with the King, the rough-hewn blues-rock of 2008’ Same Old Man and 2021’s Leftover Feelings.

His lyrics and melodies have graced more than 20 studio albums, have been recorded by Bob Dylan, Emmylou Harris, B.B. King, Willie Nelson, Bonnie Raitt and scores of others, and have earned him a place in the Nashville Songwriters Hall of Fame, a BMI Troubadour award and a lifetime achievement in songwriting designation from the Americana Music Association.