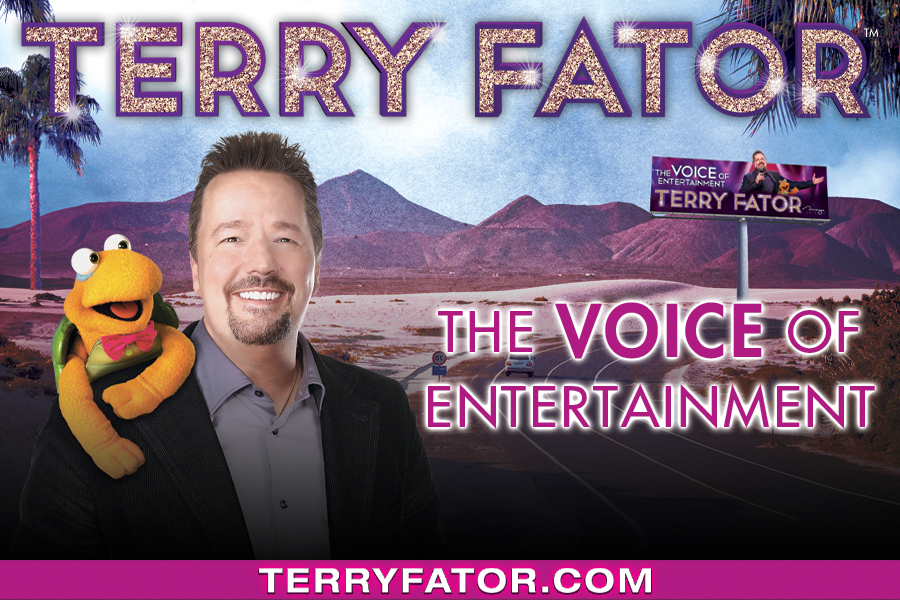 About Terry Fator
It’s a long journey from the small town of Corsicana Texas to the Las Vegas stage…with a lot of detours on the way to becoming a superstar… but with the combination of his one in a million talent and the help of the millions of fans who chose him as the winner of America’s Got Talent, Terry Fator made it to the top.

But America’s Got Talent almost didn’t happen for Terry. After two decades on the road performing at county fairs, kids’ birthday parties and oddball venues, he truly thought his lifelong dream of being on the Vegas stage might never come true. But in 2007 he finally got the chance to audition for America’s Got Talent and became the Season 2 champ, taking home the $1 million prize and title of “Best New Act in America.”

“It was the big break I had worked for my entire life,” Terry says. Soon he began performing to sellout crowds at the Las Vegas Hilton and by the following year he signed what has been described as “one of the largest entertainment deals in Las Vegas history” to headline his own show, “Terry Fator: The VOICE of Entertainment,” at The Mirage Hotel & Casino.

During the 10 years he has been the headliner at the Mirage Hotel Terry has won the coveted awards of Las Vegas’s best show, best impressionist, best all-around performer, best family show and best overall show; and year after year he has been ranked in the top 3 on Forbes’ list of the top-earning comics just behind comic legend Jerry Seinfeld.

The show recently celebrated its tenth year at the Mirage! And the best part, there are many more years to come because the Mirage has signed him to yet another multi-year deal.

Terry has often spoken about his long time on the road. “I’m grateful that I didn’t find success until my 40s. I’m not sure I could’ve handled all this success at a younger age. It can screw your brain up. Just look at a lot of today’s young stars. But if you’re in your 40s, you have perspective and you’re more grounded so that the fame doesn’t go to your head too much.”

One of the things that separates Terry from other entertainers is that his tour show, his Christmas show and his Las Vegas show are all different; not only that, every 18 months or so he creates a totally new show just for the Mirage, so that Vegas visitors can come see him time and time again and always get to enjoy new songs, new puppets and new comedy.

In addition to his legendary stage performances Terry has multi-platinum selling DVDs and numerous memorable television appearances including getting a standing ovation on Showtime at the Apollo. But even with all his time performing, he always finds time to enjoy life with his beautiful wife Angie, to visit his favorite vacation spot, Disneyland, and to give of his time and talent to the cause he passionately believes in, helping America’s veterans.

What’s next for Terry Fator? He sums it up this way: “I just always want to entertain. That’s it. I never had fans before and now that I do I just want to keep them smiling and laughing,” he adds.