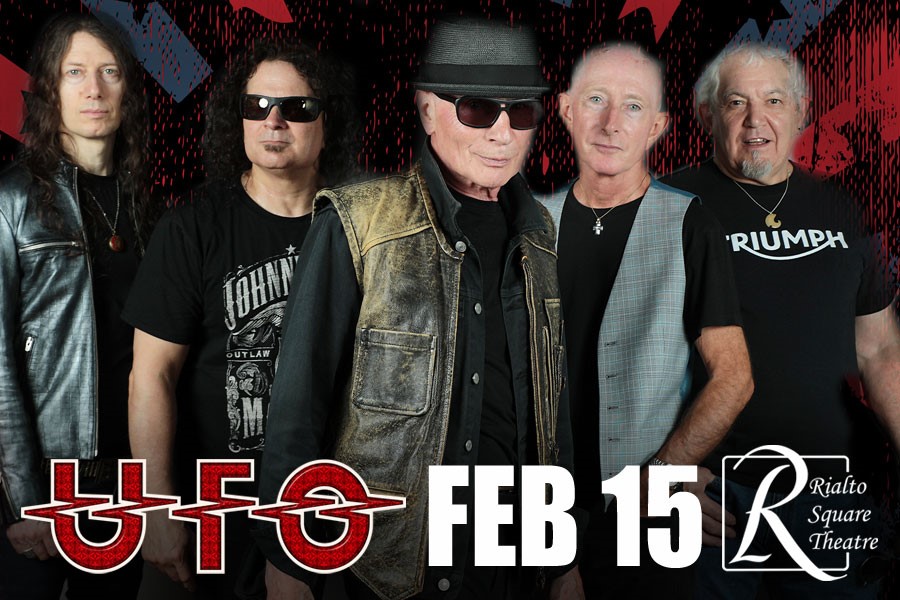 The 50th anniversary show at Rialto Square Theatre will be bittersweet as it will be also be part of Phil Mogg’s final tour with the English rock band. Mogg confirmed that this year’s 50th anniversary tour with UFO will be his last as the frontman of the long-running hard rock band.

Consequently, it seems almost certain that at that point they will cease to exist. UFO formed in London in 1969 and Mogg is their only ever-present member, performing on all of the group’s 22 studio albums.

“This decision has been a long time coming, I’ve considered stepping down at the end of UFO’s previous tours in 2016,” Mogg explains. “I don’t want to call this a farewell tour as I hate that word, but this year’s gigs will represent my final tap-dancing appearances with the band. 2019 marks UFO’s 50th anniversary, so the timing feels right. There will be a final tour of the UK and we will also play some shows in selected other cities that the band has a strong connection with. But outside of the UK this won’t be a long tour.”