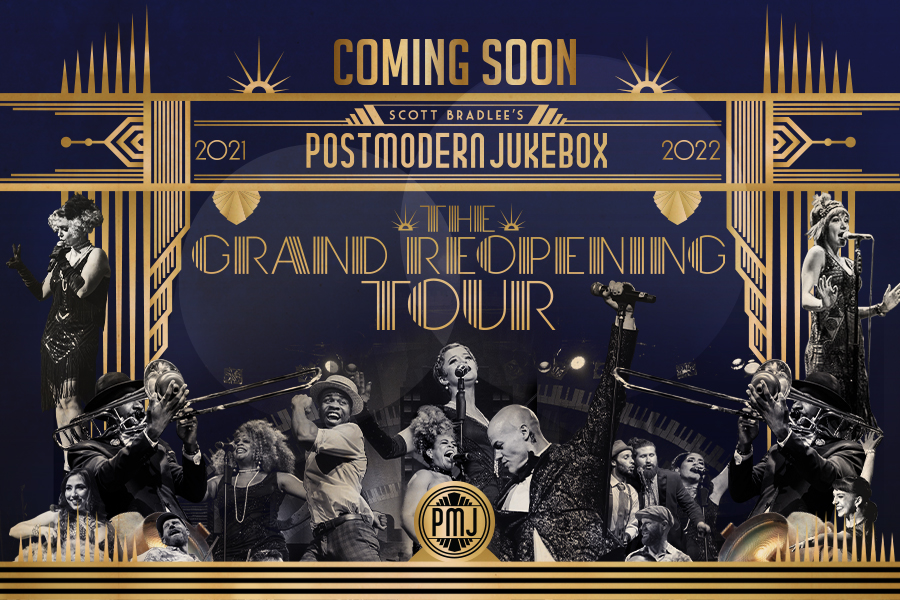 It was just announced that Postmodern Jukebox: The Grand Reopening Tour will be coming to Rialto Square Theatre!

Over the past decade, Postmodern Jukebox has grown from a viral phenomenon into a worldwide juggernaut, amassing more than five million subscribers on their YouTube channel, growing from Bradlee’s tiny apartment in Astoria, Queens, to a Los Angeles studio befitting the bandleader’s increasingly ambitious vision. Most recently, PMJ reimagined the beloved theme from Friends via the evolution of music styles throughout the 20th century – beginning in the Hot Jazz 1920s and climaxing in the 90s with a guest appearance by original “I’ll Be There For You” performers, The Rembrandts.

Since embarking on a touring career in 2014, PMJ has performed on bigger and bigger stages as they’ve traversed the globe, including memorable shows at Radio City Music Hall in New York City. As the Houston Press proclaimed, “Scott Bradlee’s project has turned into a worldwide phenomenon in quite a small amount of time, having sold out shows in more than 60 countries around the world – and rightly so.”