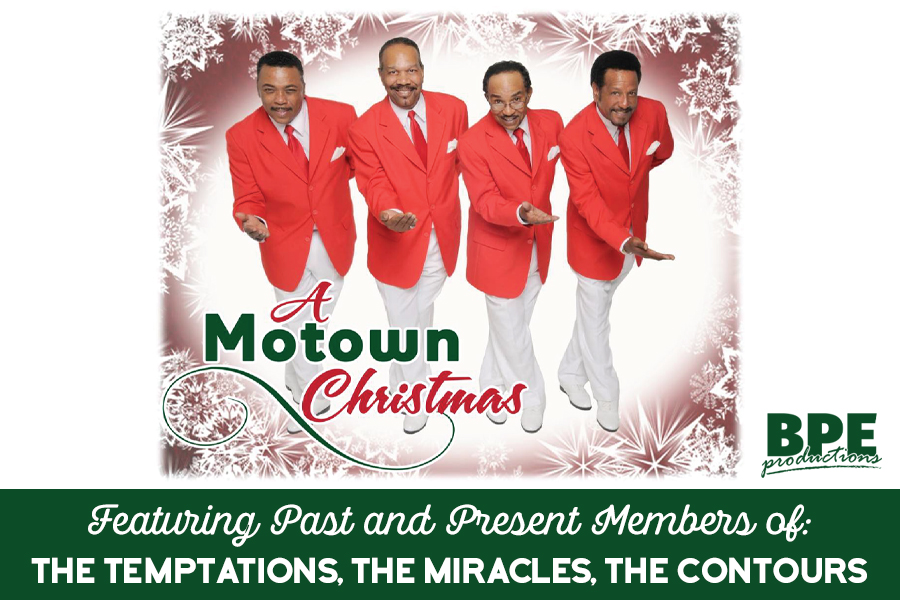 “A Motown Christmas” starring the Motown Experience kicks off the Holiday Season with a family- oriented, sing-along holiday spectacular at the Rialto Square Theatre on Tuesday, December 14th @ 7:30 pm.

A Motown Christmas features a world-class vocal group assembled from past and present members of three of Motown’s most legendary groups: The Temptations, The Miracles and The Contours. A Motown Christmas is a powerful show combining Motown’s greatest hits with everyone’s favorite, holiday classics. The show features Motown’s trademark dazzling choreography, and unforgettable harmonies performed in that memorable, soulful Motown style.

In the 1960’s, The Contours charted eight hits, including Motown’s first million-seller and its fastest-rising hit of all time, “Do You Love Me.” In 1988, after the release of the movie, “Dirty Dancing”, starring Patrick Swayze and Jennifer Grey, “Do You Love Me,” which was a featured song in the movie roared back on the charts, outselling its original performance many times over.