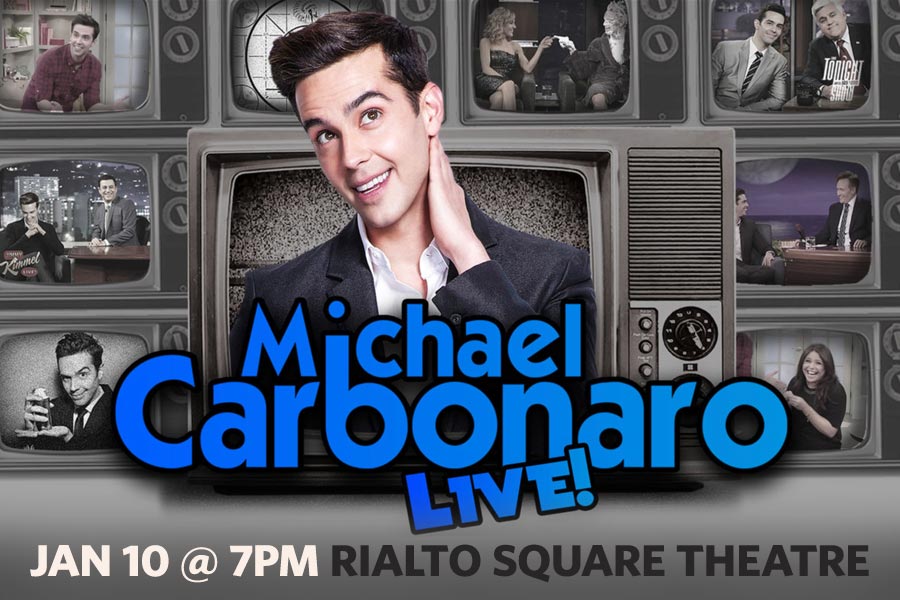 Magician and performance bizarrist Michael Carbonaro is returning to the road with his highly-acclaimed national theater tour, “Michael Carbonaro Live!” stopping at Rialto Square Theatre on Friday, January 10 at 7 PM.

Michael Carbonaro has performed over five-hundred comically perplexing and improbable feats of magic on his hit TV series, The Carbonaro Effect on truTV, currently in its fifth season. A trickster at heart, Michael performs inventive tricks on unsuspecting members of the public who are unaware that he is a magician. Jaws drop when he causes a car to disappear from under a security guard’s nose or makes alien crabs transform into kittens in a science lab. Whether posing as a coffee shop barista, museum curator, or seemingly unremarkable store clerk in the REAL world, Carbonaro’s illusions – along with his absurd, matter-of-fact explanations – leave REAL people bewildered and families at home laughing out loud.

And now, he is taking his popular theater show back on the road so more families can feel the effect of Michael Carbonaro… Live! You will not just “sit back, relax, and enjoy the show,” Michael Carbonaro Live! is jam-packed with audience interaction, hilarious video clips, and a whirlwind of mind-blowing magic performed live on stage. See for yourself why Michael was named “Magician of the Year” by the Academy of Magical Arts and presented with the first-ever “Copperfield Prize,” which recognizes an individual for elevating the art of magic.