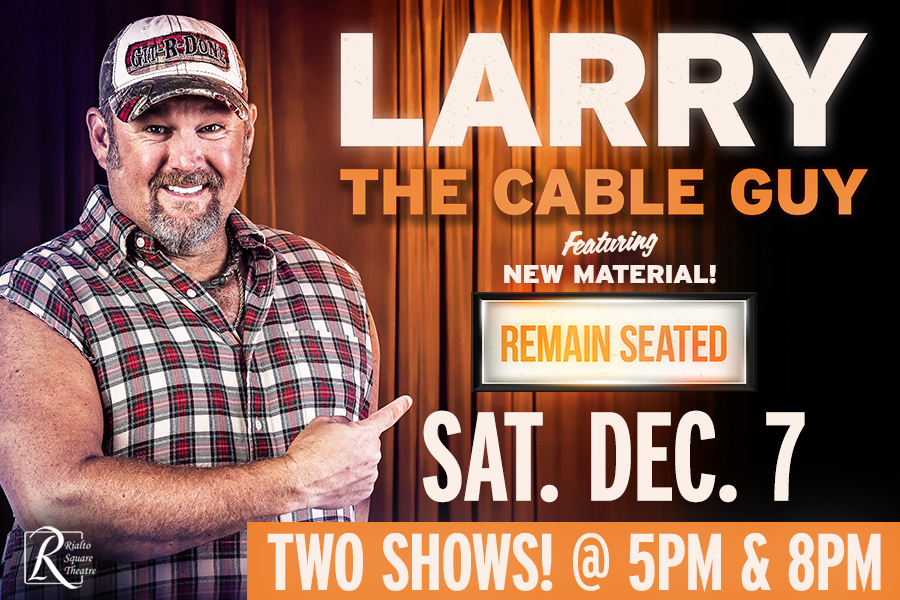 This is for 5 pm show only

Since then, Larry the Cable Guy has gone on to star in movies, TV shows, and live comedy specials. He recently completed a tour with Styx and launched his own SIRIUSXM channel with Jeff Foxworthy, “Jeff and Larry’s Comedy Roundup.” Larry has won Billboard’s 2005 Comedy Artist of the year and Comedy Album of the year and he received the Billboard Top Comedy Tour Award in 2006.