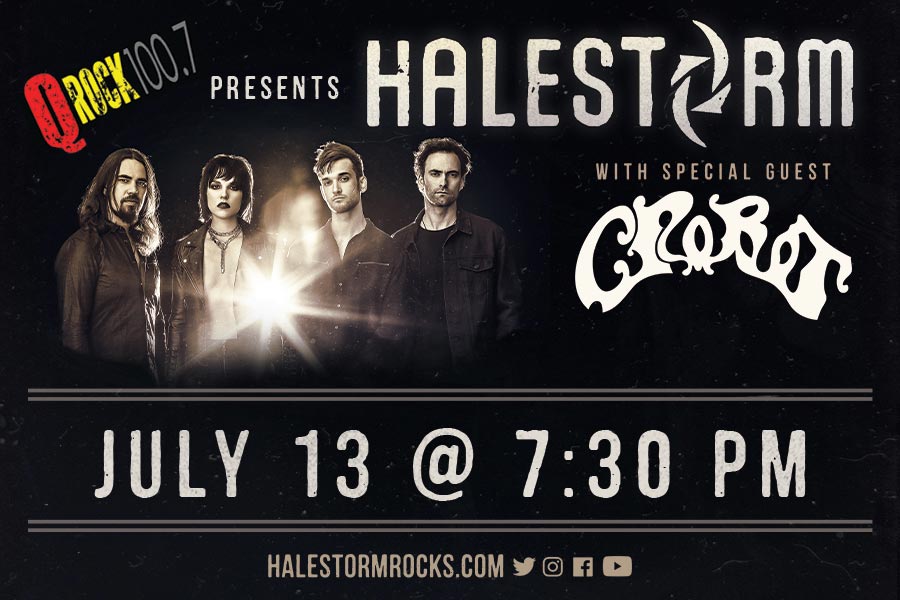 About Halestorm
Since their inception in 1998, Halestorm have toured extensively with a diverse variety of artists, including Eric Church, Joan Jett, Avenged Sevenfold, Alice Cooper, Rob Zombie, ZZ Top and Evanescence. They’ve played around 2,500 dates around the world to date, and performed at festivals like Taste of Chaos and Rockstar Energy Drink Uproar Festival. Most recently, the band scored a 2019 Grammy nomination for “Best Rock Performance” for “Uncomfortable,” marking their second after their 2013 win for “Best Hard Rock/Metal Performance.” Loudwire named Lzzy (Halestorm frontwoman) their “2018 Rock Artist of the Year,” last year, and two years prior, she was named the “Dimebag Darrell Shredder of the Year” at the Metal Hammer Golden Gods Awards. Both Halestorm and The Strange Case of… were certified Gold, further evidencing Halestorm’s massively supportive fanbase. Halestorm have also made history: “Love Bites (So Do I),” the hit single from The Strange Case of… ascended to No. 1 at Active Rock radio in the U.S., making Halestorm the first-ever female-fronted group to earn the top spot on the format.

About Crobot
The Pennsylvania quartet—Brandon Yeagley [lead vocals, harmonica], Chris Bishop [guitar, vocals], and Dan Ryan [drums], satisfy starvation for sonic sustenance on their fourth full-length and 2019 debut for Mascot Records, Motherbrain. James Lascu and Eddie Collins share the role of touring bassist for Crobot. Since emerging in 2011, the group have quietly cemented themselves among the rising rock vanguard. Following the 2012 debut Legend of the Spaceborne Killer and 2014’s Something Supernatural, the musicians made waves with Welcome To Fat City in 2016. Consequence of Sound praised the title track as “a stomping slice of doom,” and Classic Rock bestowed a coveted 4-out-of-5 star rating on the album, going on to claim, “Welcome To Fat City is a mighty leap forward for Crobot, an ebullient masterclass.” Not to mention, they received acclaim from AXS, New Noise Magazine, and more as total album streams surpassed the 1-million-mark. Along the way, Crobot toured with the likes of Anthrax, Clutch, Black Label Society, Volbeat, Chevelle, Motorhead, The Sword, and more in addition to appearing on ShipRocked! and at numerous other festivals.