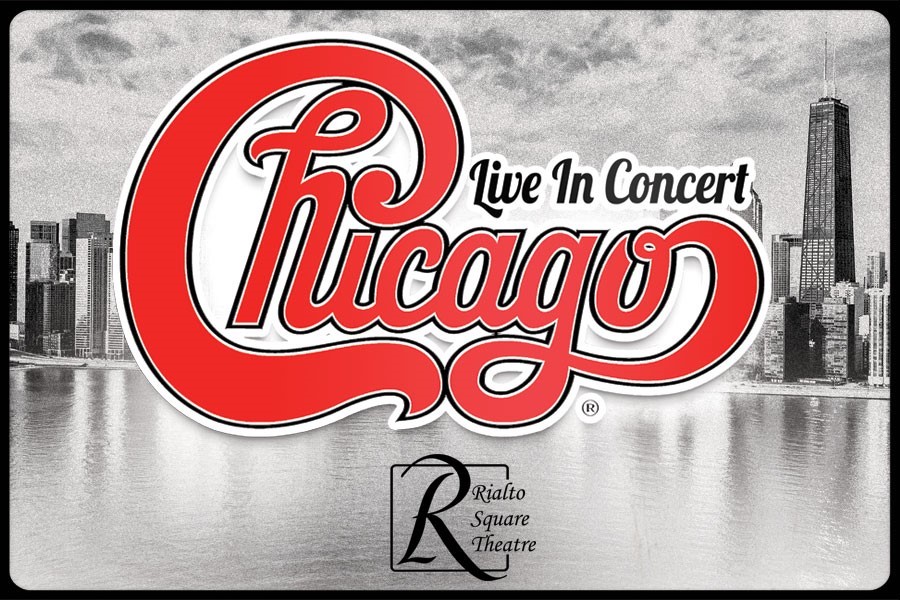 The Chicago concert scheduled at the Rialto Square Theatre on Wednesday, October 14th is been rescheduled for November 7, 2021. Previously purchased tickets will be honored at the new date. If you purchased your tickets via Ticketmaster, you may request a refund online inside of your Ticketmaster account. If you purchased your tickets at the Rialto box office, they must be mailed in to be processed to the below address.

We greatly appreciate your patience and understanding!

Hailed as one of the “most important bands in music since the dawn of the rock and roll era” by former President Bill Clinton, the legendary rock and roll band with horns, Chicago, came in at #4, the highest charting American band in the chart’s history, in Billboard Magazine’s recent Top Bands And Duos. And Chicago is the first American rock band to chart Top 40 albums in six consecutive decades.

Chicago was inducted into the 2016 Rock and Roll Hall of Fame!  This was their first nomination. They’ve been eligible since 1994. A long time coming!

Chicago’s first album, Chicago Transit Authority, was inducted into the GRAMMY Hall Of Fame in 2014, and the band performed on the Grammy stage for the first time that year.

Robert Lamm and James Pankow have become inductees of the Songwriters Hall of Fame in 2017. These legendary songwriters wrote mega-hits such as, “25 or 6 to 4,” “Saturday In The Park,” “Feelin’ Stronger Every Day,” “Make Me Smile,” and many others.

Chicago, will celebrate the holidays this year with a new Christmas album, CHICAGO CHRISTMAS, which spotlights the legendary group’s trademark sound on eight original songs, two yuletide favorites and one timeless classic that embraces the spirit of hope.