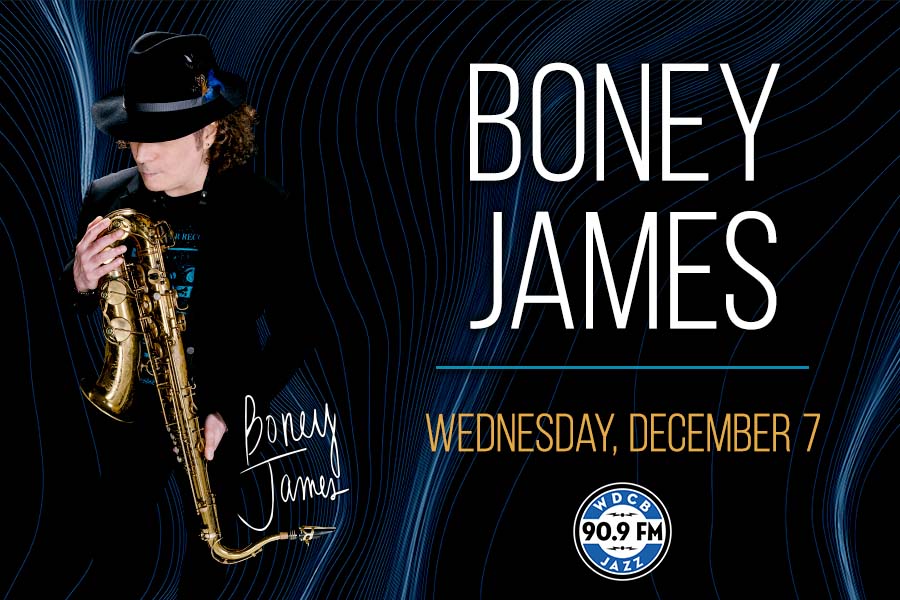 Detour, on Concord Records, is chart-topping jazz/R&B sax player Boney James’ 18th studio album. Appropriately titled, this latest album is a subtle stylistic turn that builds on the commercial success of 2020’s Solid, his highest charting release ever on the pop charts, peaking in the Top 10 on the Billboard 200.

Nicknamed by bandmates while on tour in Oslo, Norway, after jokingly threatening to starve himself on a threadbare per diem, Boney or Bones or Boneman (though his wife calls him Jimmy) has put in his proverbial 10,000 hours as a musician, performer, writer and producer. At age 10, the New Rochelle, NY native picked up the sax after 2 years on the clarinet and never looked back, parlaying his love of R&B –Motown, Stevie Wonder, Earth Wind & Fire, Curtis Mayfield and Grover Washington, Jr. — into a musical aesthetic. He turned pro before his 20th birthday and became an in-demand touring sax and keyboard player for Morris Day, the Isley Brothers, Teena Marie, Bobby Caldwell, Randy Crawford and many others.

Increasingly frustrated by playing other people’s music, Boney launched his own solo career with 1992’s Trust on the indie Spindletop Records. His subsequent 17 studio albums – including a pair of Christmas records – have been released by Warner Bros., Verve and Concord, with 1995’s Seduction, 1997’s Sweet Thing and 1999’s Body Language all RIAA certified gold. In 2015, Boney’s futuresoul spent 11 weeks atop the Billboard Contemporary Jazz Chart and was the best-selling Contemporary Jazz Record of 2015.

For the inimitable Boney James, life begins at 60. The cat in the hat is back and better than ever, enjoying life with his wife of 37 years, actress/director Lily Mariye.

“What drives me is my love of making music and my desire for people to hear what I’ve made,” he says. “I still love the communal aspect of playing live. There’s nothing else like it.”