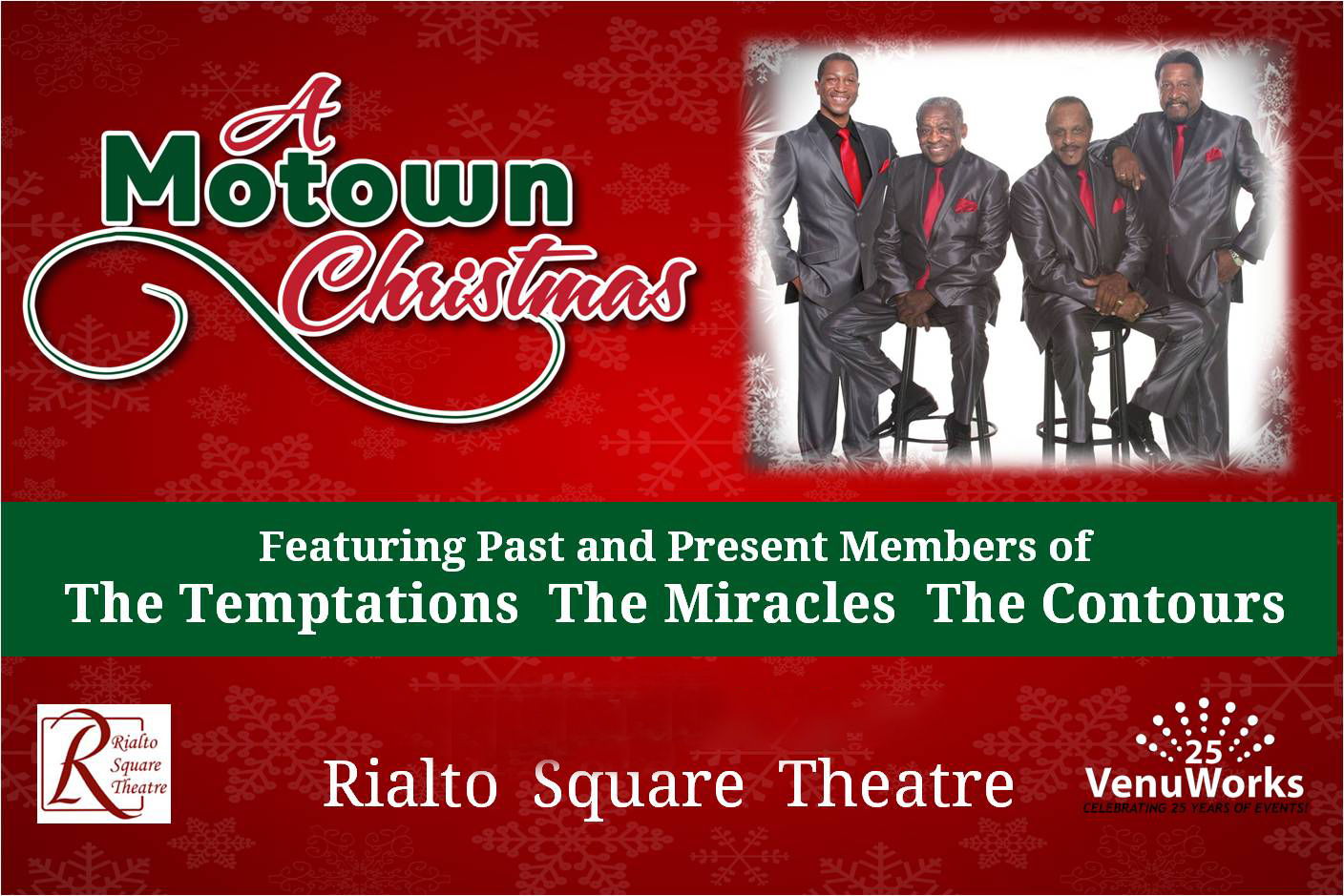 “A Motown Christmas” starring the Motown Experience kicks off the Holiday Season with a family-oriented spectacular, Friday, December 9 at 8 pm. Tickets go on sale on sale Thursday, July 21 at 10 AM.

The Motown Experience is a world-class vocal group assembled from past and present members of three of Motown’s most legendary groups: The Temptations, The Miracles, and The Contours. A Motown Christmas is a powerful show combining Motown’s greatest hits and everyone’s favorite holiday classics. The show features the trademark dazzling choreography, and unforgettable harmonies all performed in that memorable, soulful Motown style.

This is the group’s second visit to Joliet and is part of the group’s annual Holiday tour that includes performances in Indiana, Wisconsin, Maryland, and Pennsylvania among others.

Formed in 1962, The Capitols went directly to the front of the R&B and Soul sounds with “Cool Jerk”. Issued on Karen Records in the spring of 1966, “Cool Jerk” cracked the pop Top Ten and hit number two on the R&B charts, and has made many best-of lists, including “100 Greatest Rock Bass Performances” (#70) and “VH1’s 100 Greatest Dance Songs” (#48).